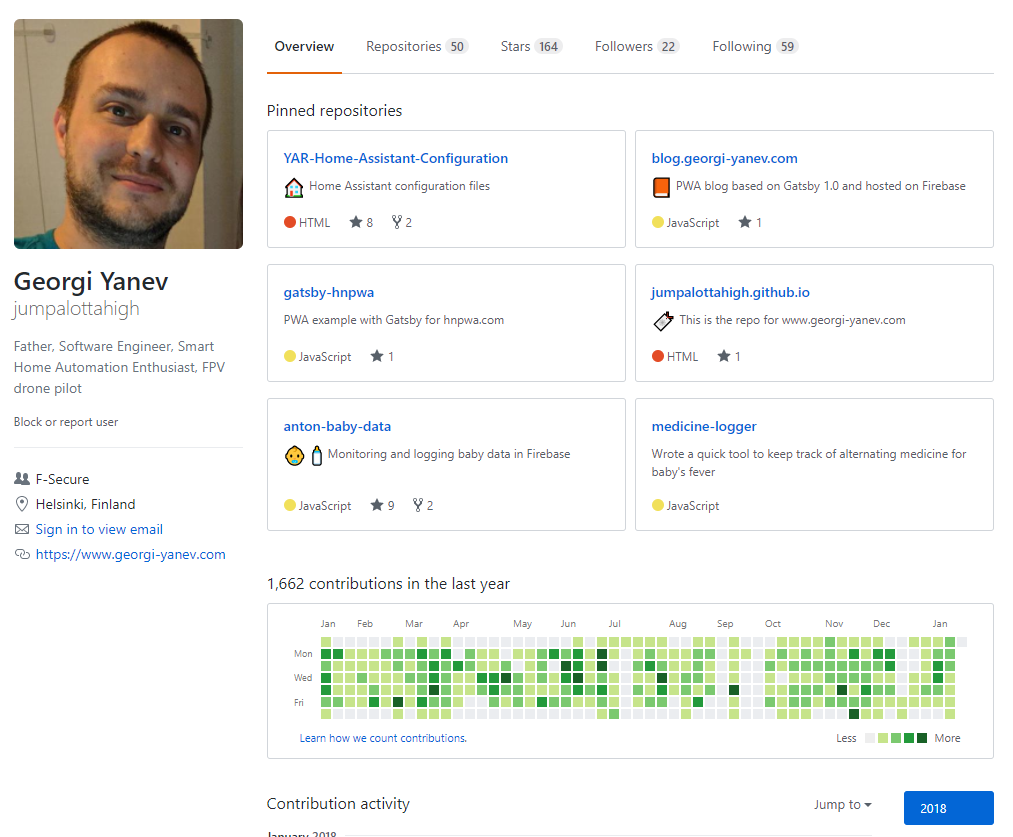 How I got into software development 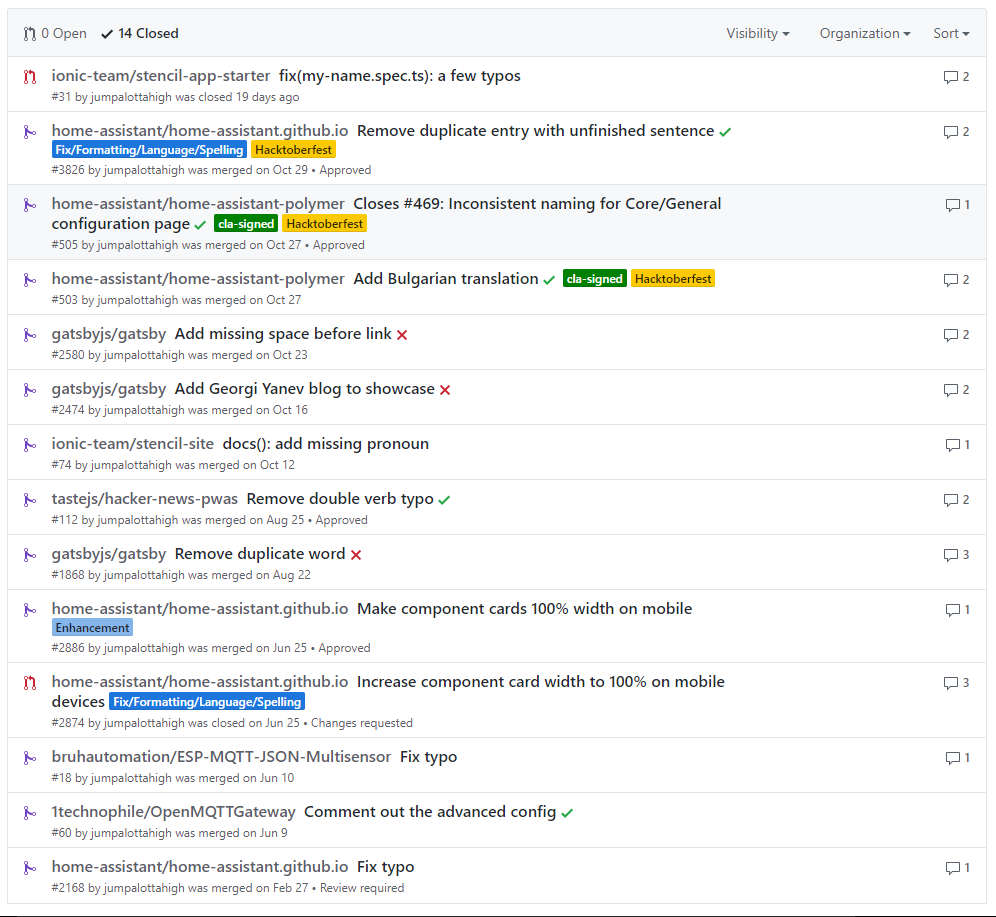 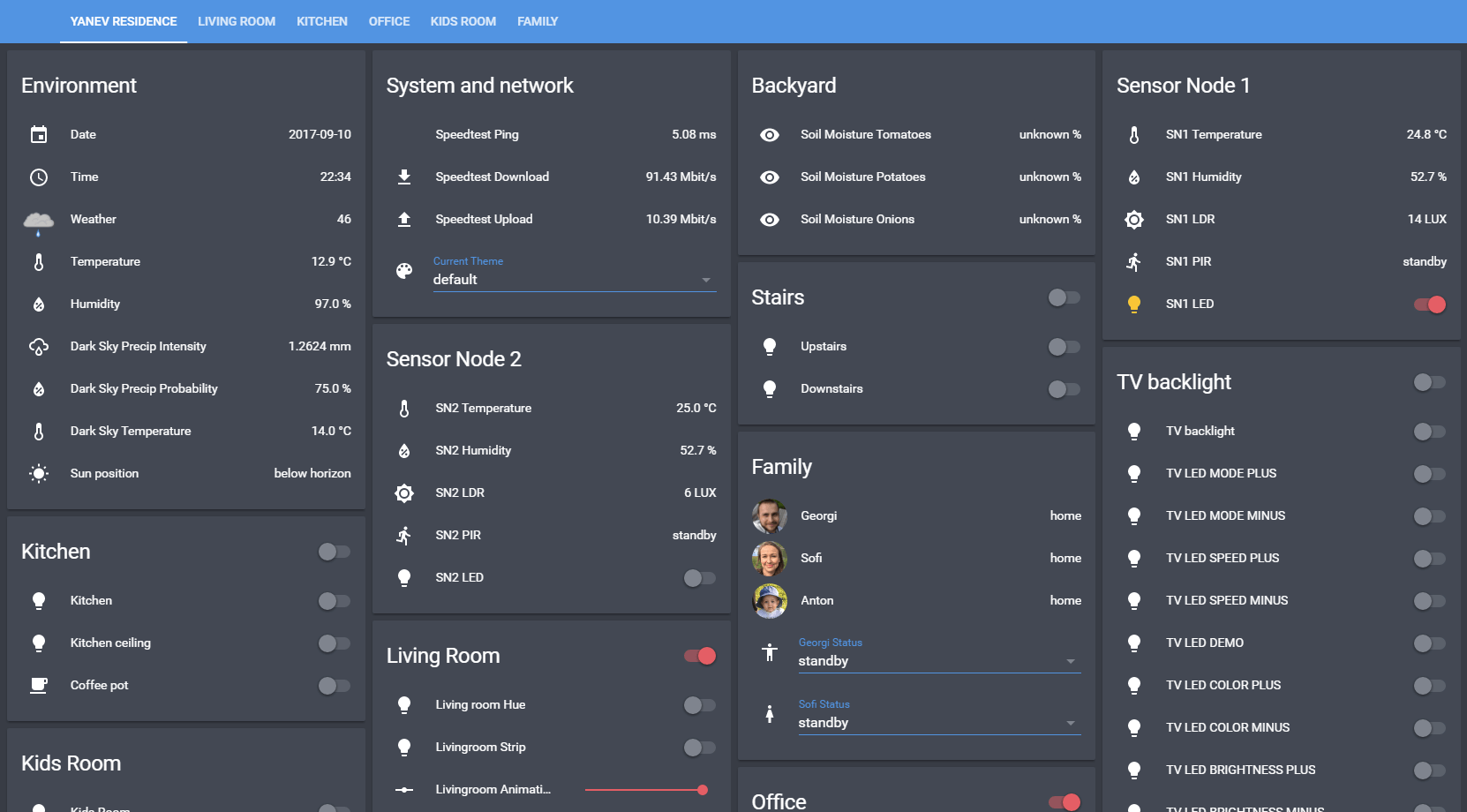 Living with smart home automation for a year

How I got into software development

There’s this funny thing about life, you never know where it’s gonna take you. Whatever the ups and downs, in the end always remember that:

Life is a journey, not a destination

When I was growing up I was fiddling a lot with computers and not just to play StarCraft, Warcraft and Diablo but I also really enjoyed building things. Among some of the ones “worth” mentioning are:

My high school graduation choice to apply for a degree in economics in university would send me on a small 10 year long trip going through different experiences, countries and jobs and ultimately leading me back to programming.

Back here I feel at home and happy. I love learning and building things. I could not stress it enough how much crucial I think lifelong education is and is going to only become even more so with the rise of AI. I also believe that when you are studying something you want to learn, it goes smooth, quick and is many times a very enjoyable process.

So in the year 2000 (i was 15) I was mainly going through high school, learning english extensively in school and programming which wasn’t very practical in school and didn’t catch my interest as much as building and writing things on my own at home. I wrote a few programs with C++ (including my SIE - StarCraft Interactive Encyclopedia). Created a few personal websites, even wrote some fan fiction and hip hop songs and beats.

My decision out of high school was to study economics. Something I eventually dropped out of by my own choice. I did put in the work, I did the exams and given my degree of choice (International Economics Relations) was among the most popular degrees in the University of Plovdiv in Bulgaria at the time, I do take pride in ranking on 2nd place of all applicants and being accepted. I started my university degree studies in 2004 and boy was I in for a treat. A whole lot of dry book learning and zero practical stuff really threw me off… Still I persisted for a couple of years.

The single best thing about university was that I was eligible to apply for a J-1 Visa to the USA and go on a student exchange program which allowed me to work legally 4 months and then travel the fifth month. I did take that opportunity twice during the summers of 2005 and 2006. I can never stress it enough how thankful I am that my dad supported me and pushed me to go travel and see the world.

If I ever had a completely mindset altering moment in my life then those summers in the USA were it.

Those were also the days when I was quite certain I was done with that economics degree.

The next step was even stranger. Coming back to Bulgaria in the autumn of 2006 I started working as a waiter in a hotel. 6 months later I was promoted to be a shift manager and for the next 3,5 years I led my team on countless weddings and banquet events.

It was a period of stale, regular life and for some time it was actually fun. The pay wasn’t too bad, regular yearly vacations were a thing and although there was a lot of work, there was also time to relax. Plus, who really needs sleep in their early 20s anyway. I had free time, I started playing World of Warcraft in 2007 and met a bunch of friends I still keep in touch till today.

And in 2010 I had enough of this life style. I actually started to be afraid of things continuing on like this forever and ever and so changes had to be made…

In the summer of 2010 I went to work in Cyprus in Ayia Napa. My mom was the source of inspiration for this one as she was living in Paphos (other side of the island).

The first summer did not come without difficulties, I had a crappy shift manager that wanted to get me quit real hard, but never managed. Eventually I got to work in the pool bar and things got a bit more chill with my colleague there.

That’s where I met my girlfriend and the mother of my son. I just didn’t know it yet.

While I met my to-be-girlfriend again in Bulgaria in the winter, she did come again to Cyprus in 2011 and ultimately quit her job in Finland, sold her car and moved down south. We got together and started living together in September 2011 in Cyprus.

After that we lived together in Bulgaria for the winter of 2011 / 2012, then a whole summer again in Cyprus, then back to Bulgaria in 2012 and then … Then we had enough of this whole repetitive season lifestyle and while there were certainly other travel plans (to go to the UK or Norway) we settled on going to Finland for a while and so in December 2012 we moved to Finland.

That was a critical time to make a choice. Out of pretty much nowhere I decided to study for a Bachelor of Engineering in IT, so I applied, did my exams and got accepted and started studying in August 2013.

The time in Finland especially at first wasn’t without challenges. While people are mostly nice and a lot of people know english, this was the first time I encountered a cultural shock (which I hadn’t felt as much in Cyprus or the USA for example). It is certainly much more challenging to change your life to live in such a cold and dark country compared to anything I knew before, but also really not THAT hard and totally doable(with completely amazing and inspiring summer and unbelievable sunsets - I guess everything in nature is balance).

I did have to put up with a crappy bar job I hated and work on weekends when my school buddies were relaxing, but you do what you gotta do. Stay focused and carry on. Working on my side projects gave me the strength I needed and the belief that those challenges were only temporary.

I met cool friends in school and we did projects together and played games. I watched my first Google I/O in 2013 and it got me inspired to a whole new level.

Going back to school and dealing with software topics and in the practical way that things are done in Finnish engineering schools felt amazing. It was good to be home. I started taking extra classes (both from school and third party services), took a class for 3rd year students in my first semester. I was determined and on a streak. And it was fun!

After a lot of hard work and learning and 10-15 applications with no response, I finally got an interview and soon after the job as a Web Developer trainee in F-Secure in June 2015.

Coincidentally I learnt the biggest news in my life 1 week after I had started work - my girlfriend was pregnant.

On July 8th after smoking for over 10 years I quit for good (till this day and hopefully beyond).

That was a wild and transforming time, but boy was it exciting. Going to work was amazing - I learnt so much so quick. I really put in the work and my efforts were accelerated by my team. Even though I started on a 3 month summer contract I got offered an extension of another 3 months, then another 6 months, then another 6 months and soon after a full-time permanent contract.

In the meantime, 2016 was active to say the least with my highest ever (without even feeling too burnt-out) being about 2 months after my son was born, here we were with a baby, new parents, I was writing my thesis, graduating 1 year ahead of schedule, working a full time job. Could have never done any of this without my girlfriends support and can never be thankful enough. At the same time I did bust my butt off and did put in the work and when you do something you love, it just happens.

2017 was a year of taking a deep breath. No, I did not stop learning all the time at my crazy rates, but I actually got into 2 hobbies which along side me spending plenty of time with my son, provided some distraction from coding. I started my smart home automation project which was a lot of fun and helped me learn a lot about embedded electronics, ESP8266, MQTT, Raspberry Pi, Arduino and much more.

Towards the end of the year I also started flying FPV drones with my buddy from school. Flying FPV is a ton of fun and it was my gateway to creating a blog and writing about it.

This was also the year I started to get into Open Source and the year when things started to click quicker for me. I’m sure we are all going to improve and get better and better if we put in the work but it does feel nice to actually finally feel the change. Many times looking at a brand new software project I don’t feel completely lost anymore. I find out the different bits and pieces and figure things out much quicker. I have a lot more to learn, but it does feel good to start understanding things quicker at this point.

I’m also proud and happy to have participated in this Google Developer Challenge and looking forward to many more challenges in the future.

In 2018 I’m looking forward to keep on learning and doing the things I love.

If you take anything from this story, consider this:

You can do anything you set your mind to. You just gotta put in the work.

Don’t get discouraged by the size of your goal. Break it down into manageable chunks and focus on one at a time. Building habits goes a long way and embracing a truly growth mindset lifestyle helps to keep going and constantly learn.

Find your passion. It will give you purpose. If you have purpose, you have everything. This applies not only as a career advice but also in life in general.

Dedicated to Sofi and Anton ❤️

How was it? Rate it:

Your feedback is greatly appreciated!